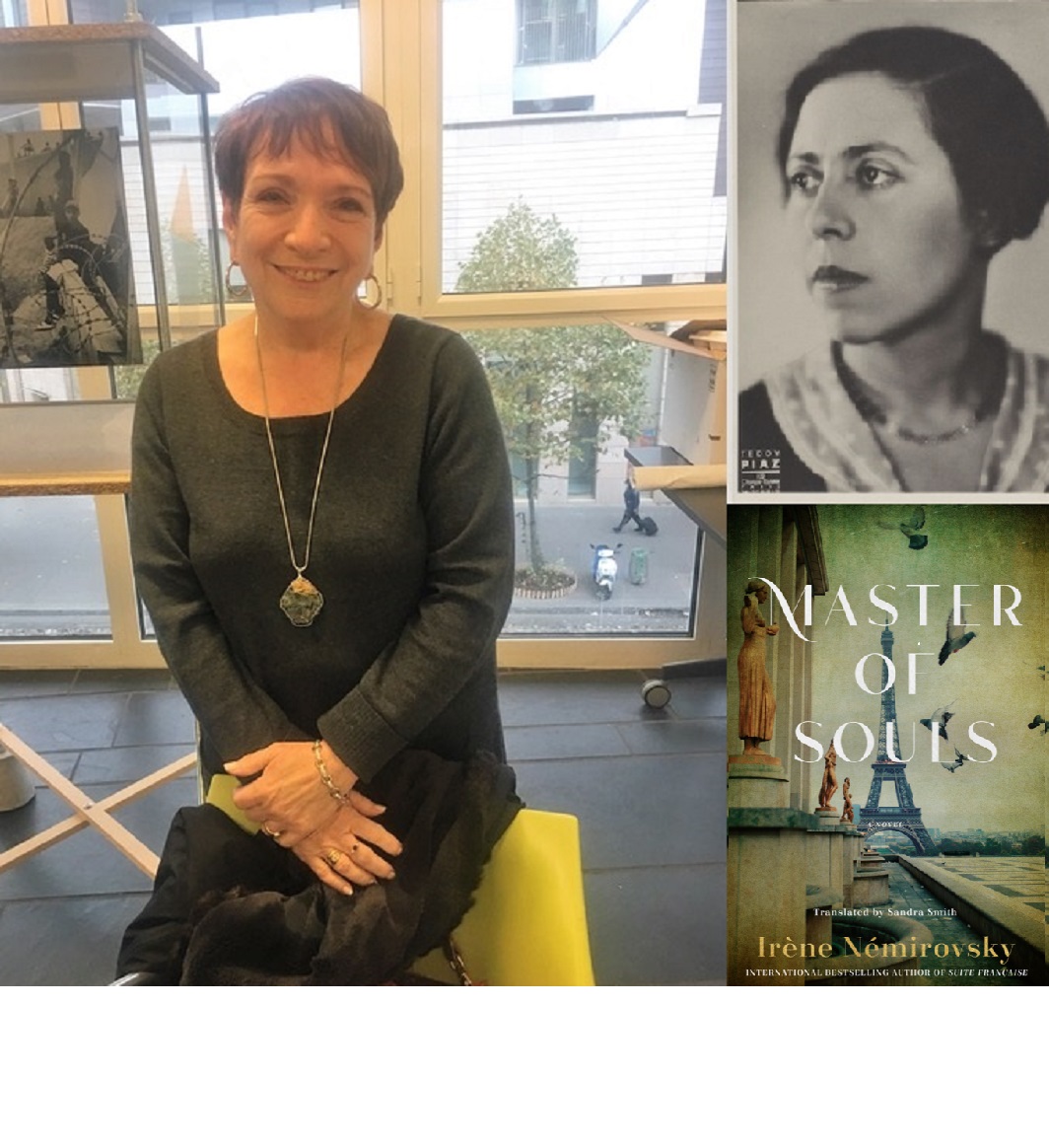 Join us for a conversation with Sandra Smith, award-winning translator of French literature, as she discusses the artistry and challenges involved in translating with Beth S. Gersh-Nešić. Ms. Smith will be discussing her translation of a previously unpublished book by Irène Némirovsky, Master of Souls (Le maître des âmes).

Sandra Smith has translated twelve of Irène Némirovsky’s novels, including the international sensation Suite Française, into English. She has also translated works by Albert Camus, Guy de Maupassant, and Simone de Beauvoir, among many others and is the recipient of numerous awards including the National Jewish Book Award and the PEN Translation Prize.

Beth Susan Gersh-Nešić, Ph.D. is an art historian and the director of the New York Arts Exchange, an arts education service. Her translation and annotation of André Salmon’s first two books on art were published as André Salmon on French Modern Art (Cambridge University Press, 2005), and her most recent book is a translation of Salmon expert Dr. Jacqueline Gojard’s Pablo Picasso, André Salmon and “Young French Painting” (Za Mir Press, 2022). She contributes to the online magazine Bonjour Paris and teaches art history at Mercy College.

Irène Némirovsky was born in Kiev, Ukraine, in 1903 into a wealthy Jewish family and was raised in a life of privilege in Europe. After fleeing Russia during the Revolution, she immersed herself in the company of thinkers, artists, musicians, and other cultural elites as part of the Parisian literati of her time. Sixty-two years after her death, in 2004, the never-before-published Suite Française brought international acclaim to this gifted writer, whose life was tragically lost in the Holocaust. Master of Souls can be found at the following booksellers: Amazon, Barnes & Noble, Books-A-Million, Bookshop.org.

This Zoom event is in English and is presented in partnership with the Federation of Alliances Françaises. This event will be on Zoom and is free for all Alliance Française members and AATF members.

Please use the form below to register. You will receive the Zoom link the morning of the program.