The King’s Garden at Versailles 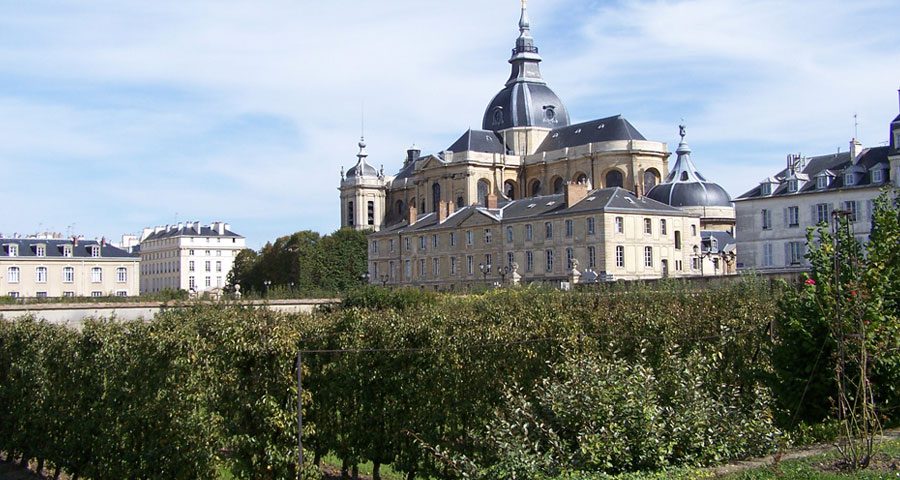 In 1678, Louis XIV, who wanted fresh fruit and vegetables on his table each day, told gardener and agronomist Jean-Baptiste La Quintinie to create a 23-acre orchard and vegetable garden on unwelcoming marshlands beside his palace at Versailles. It took five years to accomplish the prodigious task. From then on, La Quintinie supplied la Table du Roy and its enormous entourage with novelties such as fresh peas and lettuce in January, strawberries in March, cucumbers in April and cherries in May.

The bronze statue of La Quintinie still presides over the King’s Kitchen Garden today, where students from the Ecole nationale supérieure du paysage learn old and new pruning and tree training techniques under the guidance of Head Gardner Antoine Jacobsohn, our guest for this event.

Antoine Jacobsohn was born in the United States to European parents and studied agronomy at Cornell University / CALS. He then pursued graduate work on the history of food production and consumption at the University of Paris 8 Vincennes-Saint Denis and at the Ecole des hautes études en sciences sociales (EHESS) in Paris. Between 1993 and 2000, he actively collected tools, historical documents and ethnographic interviews concerning the market gardeners of the parisian region. He also participated in the French national inventory of culinary heritage, concentrating on fruits and vegetables. He then became responsable for the library and ressource centre of the French national horticulture society. He began work at the King’s kitchen garden of Versailles in 2004 and became director in 2007. This 22 acre garden, a national historic monument, is under the administration of the Ecole nationale supérieure de paysage.

Acknowledgements
Thank you to the Alliance Française de Chicago, for sharing this program with AFUSA chapters.